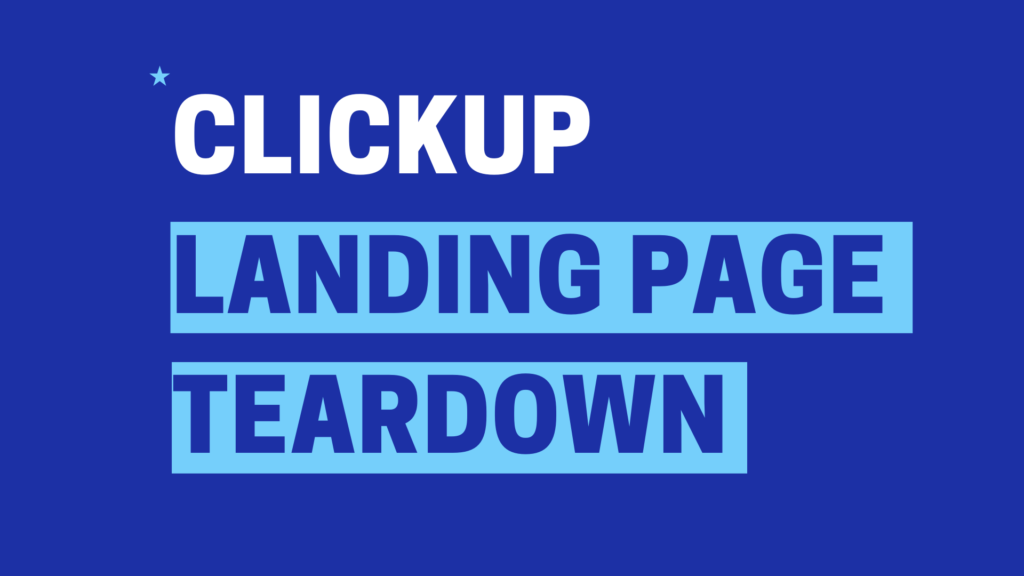 Clickup is one of the best landing pages that we’ve seen. Extremely effective.

Hero Section (Above the Fold)

– The announcement bar at the top introduces the new Whiteboard feature Clickup has just launched. We like this as it’s something fresh and a requested feature they’ve had for a while

– The headline says what the app does. Clickup has been built to replace multiple apps and they’ve made sure they communicate that right out of the gate

– The subheadline adds a bit more detail for context

– The CTA is clear with a low pressure nudge of getting started. And the Free Forever, No Credit Card offer is really hard to refuse. What’s there to lose?

– A mini section right between the Hero section and the Features section adds a solid piece of credibility to their claims. 800,000 users is a big number followed by logos of recognisable brands. A definite plus to add more authority & credibility in the eyes of the prospect.

– The features section gets straight to the meat of the app. Four core pillars of the app are showcased in each section. We like the space given to each to further get into details of each one for prospects that want to learn more

– Before the CTA, they have a cool Replaces: line which is extremely useful in this context. Most likely, prospects are coming from one of these apps and look for alternatives. By adding the specific names of the apps Clickup replaces, it gives the prospect a strong incentive to learn more

– The CTA is clear with a good colour contrast and decently sized. No complaints.

– The product shot gives the user a feel of what they’re going to see specifically relating to this feature – they show the feature in action.

Clickup has so many features, they’ve decided to add another section to their landing page for it. And rightfully so, here’s why..

– This section focuses on the three main features of this app – Docs, Whiteboards & Dashboards. There’s a good reason for that – there are tools in the market that offer just one of them and companies pay a lot of money for just that 1 app with the 1 feature. Notion/Google Docs for docs, Miro for Whiteboards and Google Data Studio and others for Dashboards.
– But Clickup offers all of them in the same app, for the same price. The value proposition is extremely good. So they added this section to highlight that

– We love the product shots showing each of them so you know what it would look like. This also handles the objection around reasonable skepticism the prospect might have of the quality of these features. The feature is shown in action.

– The low pressure CTA is good. We’re not too fond of the CTA colour, size of the button or lack of more info around the CTA – could be better.

Okay things are getting out of hand and Clickup’s decided to add another feature section with more information. We’re not too sure of the utility of this section but can only guess it’s for prospects that are trying to learn more about Clickup (since they’re 4 sections into the landing page)

– The value proposition with the headline is clear. The subheadline further describes it.

– The platform options are plenty (which could be a deal breaker for a lot of companies) so Clickup’s included the different types of platforms it’s available at. They’ve even gone ahead and visually showcased it. It’s clever use of the image section and they’ve even shown each particular feature in action.

– The different features are clickable and each opens up a different image to the right. These are lesser discussed features but are gaining pace as prospects are becoming more sophisticated.

– This section is for someone who’s made up their mind that they like Clickup and are on the fence as they look further into whether Clickup has their favourite/essential feature or not.

– The CTA again is low pressure but we still maintain that we’re not too fond of the CTA colour, size of the button or lack of more info around the CTA – could be better.

Will this work for me?

– One of the most common objections prospects have in most buying decisions is, will this work for me.

– Clickup knows that most of their users are people who work in these teams so they’ve gone ahead and given a breakdown of what’s in it for each team.

– When one visits the landing page, the product shot is actually almost like a walkthrough – it doesn’t just show a static image but show’s the feature in action.

– Prospects will fall into one of these for sure and by answering their specific queries tailored to their roles, Clickup is ensuring the prospect is gets that ‘personalised’ attention

– This CTA is slightly better than earlier feature sections. The Free Forever, No Credit Card needed would’ve really pushed this well. Maybe because this is aimed at teams from Enterprise clients so they’ve left it out. Interesting though.

The social proof on the Clickup landing has been scanty.

This section does help in rescuing that situation though. It’s a good visually appealing two testimonials (using the slider).

But we were hoping for more/better use of social proof throughout this landing.

Clickup knows it’s prospects pretty well. This section is testimony to that.

One of the biggest complaints of users of any SAAS is the lack of top quality support.

They have 24 hours support including holidays along with Free coaching, Daily webinars and Chat/Phone options. What’s not to like?

We love this CTA section. The reiteration of their main headline with a Free Forever CTA is top stuff.

The Headline and CTA is followed by an interesting three points which we presume is aimed at prospects with more technical objections – support, security & uptime.

They know the prospect who’s scrolling down to the bottom of the page is either a prospect who skips details on a page and scrolls straight down OR someone who’s been carefully considering Clickup as an option.

The footer is exhaustive and from a user experience point-of-view, quite overwhelming.

We suspect this is more for SEO than actual user interaction.

The only good part is the Comparison section which is relevant to a prospect’s decision-making process.

The most popular alternatives are listed.

This was an interesting landing page teardown. From a distance, they’re ticking all the right boxes and we like it. As a user of Clickup, they’ve conveyed their points with clarity and we’ve actually gone through their marketing messaging and have bought into it. Overall, gets the job done. 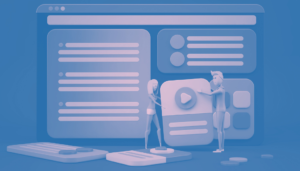 Landing Page Fundamentals – All you need to know [2022]

If you have anything to do with marketing, you’ve probably been told countless times about getting a landing page. So we’re breaking it down for 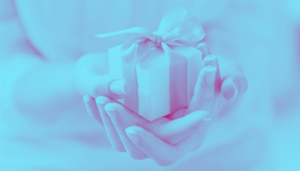 16 Interesting Thank You Page Examples To Know in 2022

One of the most underrated pages of all time –  The Thank You Page! Thank you pages are usually an afterthought but think about it 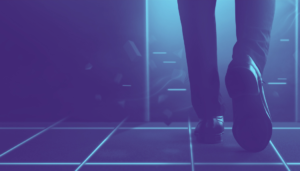 Web3 is all the rage (was?) these days and all those slick projects need to be marketed. If there’s marketing involved, there are landing pages 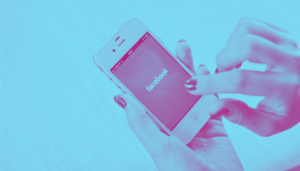 Dear Friend *who’s trying to make FB Ads work Facebook Ads are getting harder to turn profitable than ever before… after all, you’re not just

Get our best stuff, every week

Weekly newsletter with 3 handpicked ideas curated for you to market, sell & grow more.

We guarantee you’ll learn something super awesome every week!